Kiteboarding at The Spit - The Squamish Ocean Culture 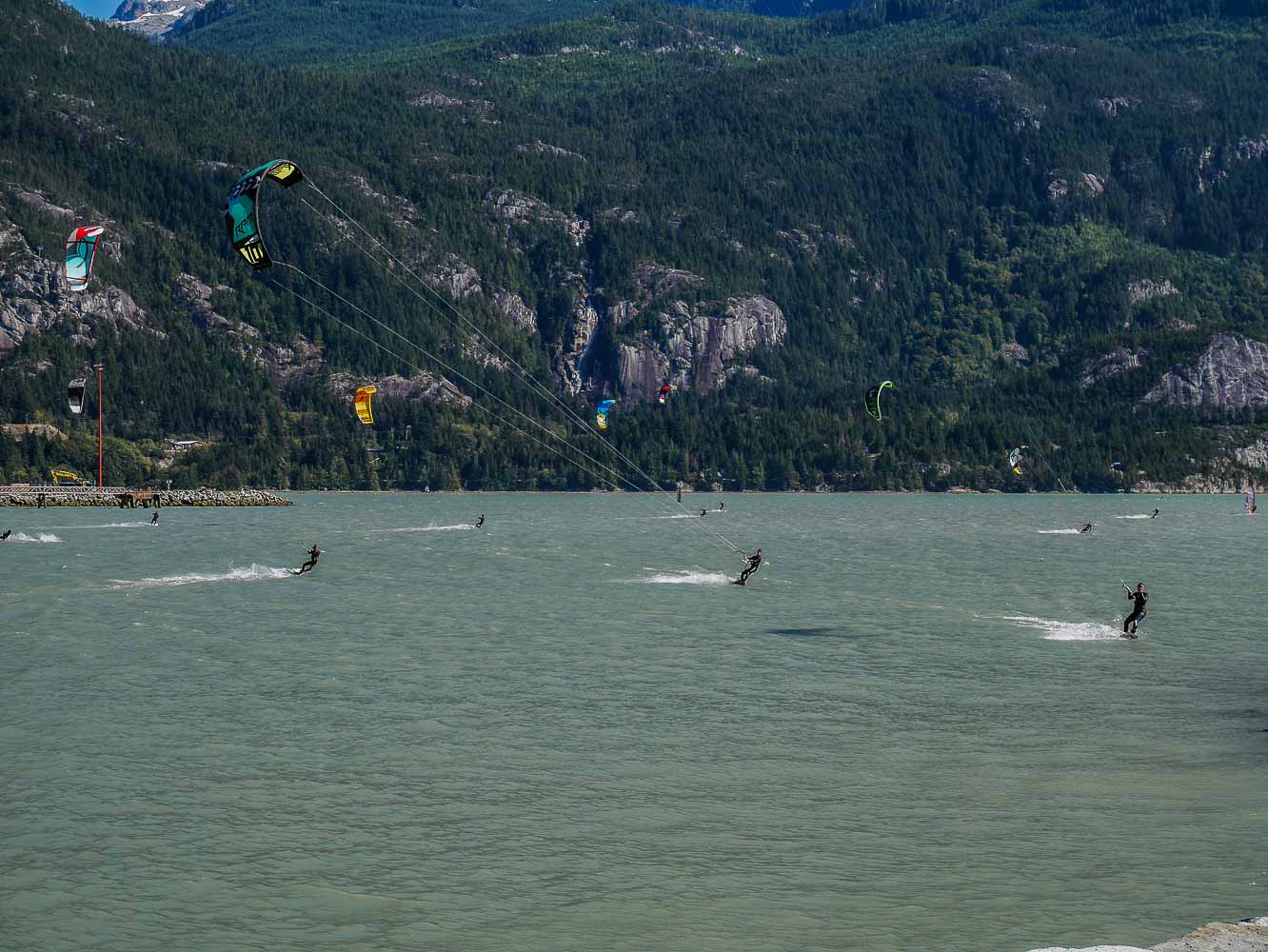 Squamish is famous for lots of things. World class rock climbing, mountain biking, whitewater paddling, hiking. We’re lucky that our list of epic things to do is long. But another sport to put on that list is kiteboarding. Kiteboarding or Kitesurfing is fast becoming one of the most popular watersports in the world. What is it? Well it sounds much like it is. You have a kite, in this case a highly advanced inflatable aerofoil (fancy word for a kite) that behaves almost like a parachute. You are harnessed into it and then at your feet is a board. With wind in tow, you can basically surf your way around the water. Kiteboarding requires two things. The first is a body of water. The second is consistent wind. Squamish has both in abundance.

The Spit is an interesting place. I’m no stranger to adventure sports in the Squamish area and each has their own subculture. But what struck me walking around The Spit was how different the kite culture is from everything else in Squamish. We’re known for mountain sports, so it was almost like stepping into a tropical beach culture. Hundreds of people, hanging out in wetsuits or boardies, chatting, hanging out, and each taking their turn in the water. The wind that day was howling and folks were screaming back and forth across the Sound. Some were even catching air, huge air. One woman I watched was launching 20 plus feet in the air at every turn.

I chatted with two locals and a couple of their friends. The locals hail from Squamish and Whistler, but their friends were from from Hawaii, which definitely has some awesome spots to kiteboard. I asked them how Squamish compared to their home and any other places they’d visited. Their answer was telling. “We’ve been kiting all over the world. Sure, where we live it’s all time, with big swell, but one thing Squamish has that probably makes it one of the best places in the world is the consistency of the wind. It blows here every day.” One of the locals chimed in, “It’s awesome here. The wind is just more consistent than so many other places. We’re pretty lucky that way. Pretty much everyday, all summer long, we have awesome wind.”

The only thing Squamish doesn’t have, which the visitors from Hawaii pointed out were, “Waves. There aren’t any swells here. But that’s ok. Not everyone can ride big swell. Besides, who needs waves when you can do that?” At which point he directed my attention to the water and someone launching themselves into the air.

Another great aspect of kiting at The Spit is that there are resources here. Launching isn’t free, as The Spit is run and managed by the Squamish Windsport Society. But having to pay to launch is no big deal, said one local woman I chatted to. “You get a lot with either your seasonal membership or your day pass.” First and foremost are the forecasted conditions and real time wind and weather readings on the SWS website. Second are the fact that The Spit has a rescue service. If someone gets in trouble on the water, they have a rescue resource right there. Zodiacs and Jetskis, with lifeguards, all of whom are ninjas with a kite, will come to your aid. Also, the entire Spit is catered to kiteboarding. The last part, where there is no vehicle access, has a nice surface, covering the rocks, along with two ramps for launching.

But more than that, The Spit seemed like an awesome place to spend the day. The vibe was relaxed and easy, with folks hanging out, offering support to each other, coaching, and everybody was just stoked to be there. And why not? It was a gorgeous day, the wind was howling, the temperature was over 30 and the waters were a deep blue.

Interested in learning to kite? Ariel Kiteboarding is base right in downtown Squamish, just a stone’s throw from the ocean and offers a full range of instruction and rentals.
www.aerialkiteboarding.com

A flawless environment where wind, water and land come together.